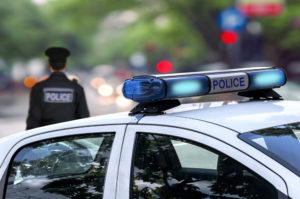 Were you denied mental illness treatment at emergency room or discharged...

Yes, I was very interested in this and sent them this reply.
"My daughter has been treated unfairly by the emergency rooms in two different hospitals. She has a wide assortment of mental illness diagnosis. She was diagnosed with schizophrenia for years. Now it is said she has schizo-affective disorder, borderline personality disorder, post traumatic stress disorder, depression, ADHD, and eating disorder plus addiction. She was diagnosed at age 20 and is now 30. She has tried to kill herself numerous times.

While living in Goldsboro, NC the police took her to Wayne Memorial after being gang raped. The hospital refused to check her out for sexual assault. Her clavicle was broken. After being examined in the ER they put her in a behavioral holding pen while waiting to be transferred to Cherry State Mental Hospital. After I arrived to the holding cell I asked why she couldn’t receive Tylenol for her broken clavicle. The nurse said she wouldn’t be there if she had a broken bone so I thought my daughter was delusional about the x-ray, but the nurse should have checked. After a few days she was sent to Cherry. When she claimed she had a broken bone, they didn’t believe her either. But she kept complaining and they did an xray, and she did have one. Since she had no treatment, the break had moved and she had to have surgery with a pin and a screw! She had several bad experiences at Wayne Memorial, but that was the worst.

Now she lives in Jacksonville, NC and has been treated at Onslow Memorial Hospital several times. Once she tried to kill herself with a box cutter and cut almost to the bone a 12in vertical cut on her arm just missing the vein. She stayed less than 24 hrs. They said she had suicide ideation. Once she took a bottle of her Haldol because she wanted to die. They released her in a few hours. They do not take her mental illness seriously because of her drug addiction (over the counter cough and cold). They never try to send her to a mental hospital and just release her.

My daughter has been to many hospitals for her mental illness, but no where has she been treated like these two hospitals have done repeatedly.

I’m glad you responded to the request with your daughter’s story - animals get kinder treatment than your daughter received.

Sigh. What terrible treatment at both hospitals. I am so sorry that your daughter hasn’t been treated well. I’m glad you told her story to Mental Illness Policy Org and that she has you to try to help her.