Anyone here in the UK and 'awake?'

of course he doesn’t stop talking to his voices these days, but they are like his friends.

I’m in UK they system don’t help when they getting unwell. To many are turned away when they unwell. Only place might be what your looking for is MIND.

Hi I am also in the UK. You mentioned the hearing Voices network (HVN). I attend the Manchester one which is very good. It’s online on zoom every Thursday afternoon. Contact paul.baker1955@icloud.com. or go to their website.
Friendly people and empathetic.

I needed to get it off my chest, and share for others to see that they are not alone.

Yes, this is a great place to come to share and feel some relief. We all are doing the best we can with our loved ones and their illness, and having a place to vent (or waffle on, as you said it) is very comforting.

Thank you for your reply, hope today is a good day x

I hope today is a good day for you too. I hope you come here and read to get ideas of how you can help your loved one. I started out with just one goal when my daughter was shutting herself in her room and talking/screaming with her voices for almost 24/7 hours each day. The goal was to get her to open her door and take food from me. I persisted with that one request daily until she actually did it, and kept doing it each day. Then on to the next request which was for her to take a walk with me and the dogs nightly… slowly over months, changes were made. Did you find out about the Manchester Hearing Voices Network Zoom meeting? That sounds like a good idea for you. I went to NAMI meetings here in the US. It is helpful to have a support group.

@Ajg
I have a 57 year old brother who sounds EXACTLY like your son but much older.
You are the first person who has described some terrible behaviors that I have never heard anyone
write about before. MY BROTHER DID NOT FLUSH HIS TOILET FOR 2 YEARS! he also smoked and ashes were all over the place even with many ash tray around.
I started being involved with my brother once my father died and my mom developed dementia.
He also lived in an apartment that my father kept in order. After my dad died my brother became much worse and that is when he stopped flushing the toilet. This was a horror show for me.
I live 2 hours away from him. I had to hire someone to take care of his apartment.
I hope to give you some advice because what I dealt with is what you will be dealing with forever .
Anti - psychotic medications do not help with negative symptoms .
If you are saying that you could get him into a place where he could get more care and the ONLY thing holding him back is getting a COVID vaccine then I am at a loss for why you would not do that.
he does not eat healthy foods, he smokes, and he does not move much . All these things re far more detrimental to his health than getting a vaccine!
Think about your own life. How much longer are you prepared to do all the things that you do for your son? I had to take care of my brother for 3.5 years after my dad died and I nearly had a nervous breakdown!
The good news for me is that I was able to get my brother into a nursing home in 2022. he is being taken care of now.
You do not have that option because your son is too young for that. Before you assume that your son would have to be vaccinated before being accepted into a higher level of care you should find out for sure. Don’t make assumptions . My brother refused vaccination and that did not prevent him from being accepted in the nursing home. I personally have no objections to my brother being vaccinated .
As far as the disease getting better as they get older… my experience is that this is false.
Your situation sounds terrible to me. You are a parent and will have to deal with this for so many more years. Your life and your sons life would be so much better if he was able to get a higher level of care .

Thank you so much for taking the time to reply and share your experiences. I am glad it has worked out better for you now. I assume your brother is on medication? Did you ever try the one which works when the others often fail, but it is pretty strong and they have to keep taking blood tests etc ? Not something I like the idea of, but if he was to be able to function better for say 10yrs even, it might be better for him to live a shorter but better quality of life ( I think they do quite a bit of harm to the body, and sometimes stop working after a while also, or for other health problems associated with it they have to be taken off sometimes. Maybe it is called Colaxipan or something like that?)

I understand everyone has different understanding of the vaccine. After several years studying and taking time to look over the data of excess deaths and complications, I can’t help but feel extremely cautious to something that is so experimental, so many sudden unexplained deaths especially from young men. Before my son became unbalanced he was very intelligent and very much into natural health and against all that,. So I also try to speak up for him, as I know if he was in a better place it would be his wish (like your brother) not to have it.

We are all on our own journey in this life, and everyone has to do what they think is best with the information that they have at the time. Reading your message has given me a little hope, that he might find s better fit someday and it could work out, and life might get a little easier.

Lots of love is being sent to you, I know it is so hard as a sister to go through all of this. X

@Ajg ,
My brother is not taking clozapine. He is taking resperidone. Do you know that there is a place that your son could go to that would provide him with care in a safe facility?The only places that younger mentally ill people can go to in the U.S. are group homes. But patients need to be compliant with medication and also be willing to go and have a referral from a hospital . I do not know any place in the U.S. that would require anyone to be vaccinated. I think you are making an inaccurate assumption.
Schizophrenia itself will shorten your sons life. Don’t focus on vaccination. Tell me where in the UK is there a place where your son could go right now and get care?
What do you focus on harms that vaccines and medications may or may not cause. Look at your sons life right now. Smoking, eating a poor diet, laying in bed all day. These behaviors will increase his chances of heart disease , cancer, and high blood pressure. In my opinion you are focusing on very small details and not the bigger picture.
How about your life as a parent? If you want to continue to help your son, you also need to help yourself have a less stressful life. if there is any possibility of finding your son a place to be taken care of, you should focus on that as your first priority.
I wish you luck.

Goodness, I thought I’ve had it bad and still I do but definitely you’re going through worse. My son has an invisible ‘daughter’ he calls Laurie and talks to her all the time, he’s been having a very hard time especially at night, he seems to be sleepy and sometimes he sleeps on the couch which is fine, after seeing him on couple of low income apartments and being evicted for damages in his apartment we have him home, in a way it’s better because I don’t have to be wondering of his whereabouts; here he takes a long shower, washes his head constantly and if he’s at the Mall he spends more time in the restroom, I suspect for the way he yells at night that he’s been approached by the Mall’s guard and he thinks that he’s a murderer and so the police, me, his brother and sisters and other family members. Lately he doesn’t eat here at all out of paranoia. I see your struggles, extremes are not pleasant either, but painful to watch and very uncomfortable, hellish at times. I know it’s not easy to find help for them because lately I hear often at the hospital: “he has to be willing”! Hmm, if it’s up to them they never get help. Then this other line from my son: “those medications don’t help, everyone is corrupt, they just want to make money on us”.
My son took all.sheets from the bed time ago, he has threwn away the pillows, cut the blankets; at night he opens the door or the window about couple of inches and outside it’s freezing but the heater is running!
If like to have an increase of his meds, he takes only the minimum of one but he’s so resistant to the meds that I have to accept it reasoning that that little is better than nothing.

I see that by smoking in bed and making holes on the mattress there’s danger, can the counselors see that and have him admitted to the hospital involuntarily or not yet?
I’ve been told by the authorities when I call 911 that since our son lives here he can destroy and they’re not going to do anything about it. It’s frustrating! 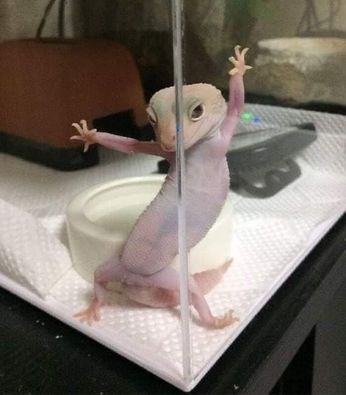 I’ve been watching some of these videos, of course it’s your son who needs the shower but try to get help from a relative.
Some are very helpful and it takes a lot practice and patience; mine sometimes is very thin.

Take care, I hope you still have some hope for a better outcome.

That’s not the Link I meant to send, Teepa Snow Approach to Care videos on dementia are helpful. Sorry for the mistake. She and other psychologists have lots of videos on YouTube.