As the father of two sons with schizophrenia, author Ron Powers is familiar with the pain and frustration of dealing with a chronic, incurable disease of the brain.

Powers’ younger son, Kevin, was a talented musician whose struggles with schizophrenia began at age 17. Just before his 21st birthday, in 2005, Kevin took his own life.

Ron Powers, a Pulitzer Prize-winning journalist and media critic, wrote Flags of our Fathers, which was adapted into a film by Clint Eastwood.

“There is no greater … feeling of helplessness than to watch two beloved sons deteriorate before [your] eyes, not knowing what to do to bring them back,” Powers tells Fresh Air’s Terry Gross. 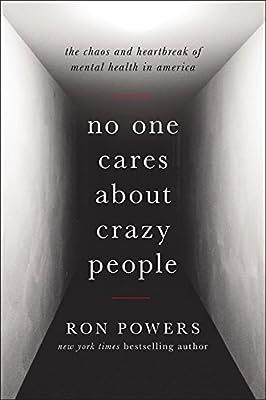 No One Cares About Crazy People: The Chaos and Heartbreak of Mental Health in America: Ron Powers: 9780316341172: Amazon.com: Books

Thank you for sharing this! I would encourage any parent or loved one who has a family member stricken with sz to read and listen to his story!! I’m going to buy his book called Nobody Cares About Crazy People!!