I know my posts are usually always asking questions and not offering much advice, I will though when I can.

My son was changed to clopixol (zuclopenthixole) depot, currently on a cto here in the uk. He has the depot every 2 weeks, he has had no insight into what dr diagnoses as delusional disorder.
He is now starting to open up more , he is saying about hearing others inner speech, and that he has to be abole to read minds , which he can’t and that’s why he feels he has a disadvantage . It’s totally confusing .

He even told his nurse yesterday that he heard someone say “lovely” and “get lost” the other evening when dropping off to,sleep. Here in the uk I think the approach is to try and make this Normal ish , nurse explains to him that 10% of population actually hear voices and that’s quite common etc.

The medication I don’t feel is right though, either dose or med itself. He is so slow, he even speaks slow at times I have to remind him to open his mouth a bit more when talking. I believe he has akathasia too, the walking around is constant , even at night when he can’t sleep , then he will sleep till late when he can sleep.
We are awaiting hopefully an appointment from his consultant . He has recently agreed to see a psychologist to help with his thoughts etc, he wouldn’t have done that before, he wanted no interaction from any staff.

Is the med making him have more insight OR is it making him just agree to anything, or most things that are suggested. Any help welcomed than you .

My son was recently put on Paxil for his serious anxiety. I noticed that he was talking a lot more, before he hardly talked at all unless asked a question and then would only give one word answers. So I believe the Paxil, in addition to his AP medication monthly shot,had something to do with it. Like your son though, what he talked about was confusing to me. However, he became so animated that it made him feel like partying! And he started drinking a little beer again! This, along with some stressful events, led to hospitalization, so keep a close eye on your son. I watched and waited because I suspected relapse would happen. But of course, nobody would listen to me! I had to wait until he became aggressive and threatening. I caught him on video, unbeknownst to him. Sad that we have to watch our dear loved one go crazy before our eyes so we can start the commitment process! I cry for him every day!!

Interesting that the nurse told him hearing voices is quite common. If we parents “normalize” to ourselves, they say we are in denial.

I am sure the people who have more experience than me with meds will comment soon.

Here in the uk I think the approach is to try and make this Normal ish , nurse explains to him that 10% of population actually hear voices and that’s quite common etc.

This is actually a common psychological approach to help people understand that they aren’t “freaks” and to reduce the stress that is frequently associated with thinking that nobody else is having these types of experiences. The lower stress helps in the healing process - and the fact that others do hear voices at different times is accurate.

Here is a little more about this idea and approach (the normalization):

If the therapeutic relationship is a good one then clients will start to share aspects of themselves that they haven’t shared with others, both because they didn’t have the right words for their lived experience until now and because the guilt and shame surrounding thoughts, feelings, or behaviors thought to be abnormal compelled them to keep this information private.

So it’s usually a great relief for clients to hear that those believed to be abnormal thoughts, feelings, and behaviors aren’t so abnormal after all, that actually they’re quite common, that many people struggle with the exact same things. It’s just that no one talks about the uncomfortable truths in polite social discourse, or even in close relationships if those truths are discomfiting enough. Everyone tries as best they can to appear normal and well-adjusted, which means repressing their strangeness.

Now, when we talk about normalization as a therapeutic tool we don’t mean the legitimization of destructive ways of being in the world. We do mean building a foundation for positive change by helping clients see, where it’s applicable, that those uncomfortable thoughts and motivations don’t make them freaks of nature but human beings struggling to face and overcome existential and cultural challenges. 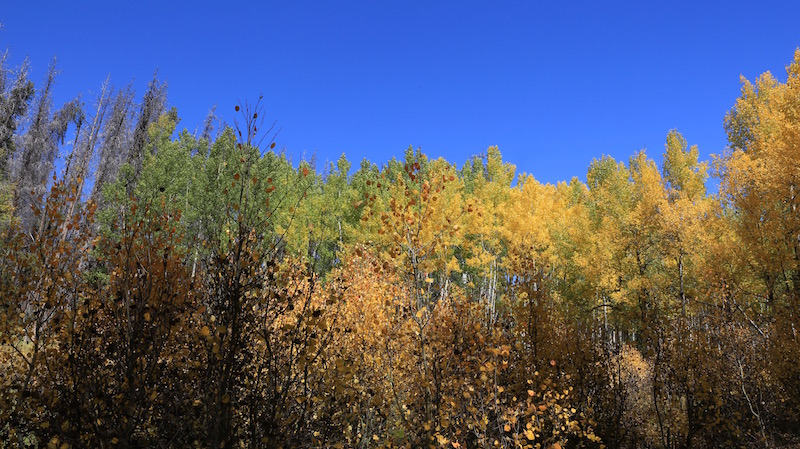 If the therapeutic relationship is a good one then clients will start to share aspects of themselves that they haven’t shared with others, both because they didn’t have the right words for their lived experience until now and because the guilt and...

Voice-Hearing by the Numbers

Auditory hallucination often carries a stigma of mental illness. Yet voice-hearing can manifest in otherwise healthy people at any age.

Well - I had a friend in the UK that I met on a forum, a young man about the same age as my son who had mental health problems. He thought only depression, but he also felt people were following him, etc.

Long story short, after a lot of self harm and feeling like he should end it all, he went in for an evaluation. They told him that it was normal for people to feel suicidal from time to time too. That a lot of people feel that way from time to time. His takeaway from that was that he didn’t need any help and it was OK.

It’s nice that someone doesn’t have to feel alone, and making some people feel more normal about it might encourage them to get treatment, but I can’t help but think a lot of people would just walk away if they didn’t have friends or family to push for them to get better help.

t I can’t help but think a lot of people would just walk away if they didn’t have friends or family to push for them to get better help.

I don’t think this is a process that non-therapists would use - its something that the psychologists use as part of the therapy process. I agree - it sometimes takes a lot of family effort to get someone into treatment - and the psychologists and psychiatrists I talk to say the best way to get people into treatment is to focus on the better things that the person wants for their life - and not focusing just on the ways that the person is different than the other people. In our own family it took many, many years of trying to get our family member into treatment. We got a huge amount of pushback whenever we pointed out to them that something is obviously wrong with them, afterall who spends 12 hours a day in their bedroom month after month? Who quits job a few days after starting it because “they” are talking about him behind his back? Despite a college degree and great grades - he couldn’t focus enough to hold a manual labor job for more than a few months. Pointing out and focusing on these issues never helped us get him to “realize” that there was an issue - it just made us enemies. Ultimately our family had to take the path of forced treatment - but now i think we might have been more successful if we instead took the path that psych workers now tell us - which is to ask and empathize with the person about the issues in his or her life that they would like to change - and help them understand that a psychologist or psychiatrist might help in those efforts.

Thank you, I think as a parent /carer this helps us a lot too.

Can understand this NOW, a few years down the line. Similar with us, after university son got a job but quit too as the people there he said weren’t nice to him and he had to do a lot more work than them.

Totally agree now it’s like we are all singing from the same hymn sheet in this house as opposed to us being scared and pushing son to get help, which actually he eventually had to and had no choice .