I have posted a few times in the past about environmental toxins being a possible cause of psychosis or schizophrenia. My son has been suffering for many many years from mental illness, and it wasn’t until recently that I took him to a holistic healer as a last stitch effort to try and help him. He needed relief and so did I. She ran a Z… body scan on him, which is such a simple and inexpensive, non invasive tool used to find out what toxins might be occupying your body/brain. We already knew from the Amen Clinic that he had toxic black mold exposure, and the Modifilan did help with removing a large amount of the mold that had been surrounding his brain for years. I wish I had known about this when we first began seeking help from the medical community. They never tested him for this. His childhood and teen years were robbed from him due to the chaos that the black mold had brought about. Apparently some folks are highly sensitive to environmental toxins, and this causes them to behave as they normally would not. They cannot think in a sane way, and my son thought for years that he wasn’t able to completely talk to his doctors about what he was thinking because ‘they’ the voices in his head, were threatening him not to talk or else something bad would happen. I only found out about this last year!!! Anyway, detox of any heavy metals (from vaccines?) or molds is so easy to do, and can be incorporated into meals if your loved one refuses to take the drops or supplements. One more thing, my son now is using medical marijuana, and I swear it works like a charm! He is more normal when either smoking it (I hate the smell) or eating it in an edible form. He can actually carry on a conversation now, take care of his TWO children, work, and SMILES!!!

@RBaker I know you have told us this before - but can you tell us again where you got the Z… scan. I think you said you can send away for it and a person sends it to your home and you do the scan in persons home? My son was exposed to mold at college - I’m not sure if it’s the same black mold you are referring to.

I have been giving my son some marijuana as well so he’d stop smoke synthetic marijuana. At this point I’m only at the beginning of observing his behavior.

So glad things are working for you!

How much did it cost you when you had it done?

What you have to do is to call her appointment line and get on a list of other folks from out of state that she sends the hand cradle to for the reading. I forgot to add that part…

@RBaker - I was just getting online to ask you that. Then, I’m guessing, does a phone consultation when she gets the results? How long do you have to keep your hand on the devise to get a reading? My son is not very cooperative at the moment but I’m going to try to talk him into doing this.

Actually, DianeR, Dee gives you the results at the same time as the reading/appointment. The reading itself only takes a few minutes. Explaining the findings takes longer. She really is thorough, and down to earth.

@RBaker - Thank you for all this. Once I get my son to start talking to me I am going to see if he’s willing. Actually, I think I’ll send him the links to plant the idea. My housemates are moving out and I will have a little therapy house to ourselves so I am hopeful I can reach him.

I wish you all the best, DianeR. Maybe you can talk to him about my sons experience with the mold on his brain? Let him know that there is help for him, and he doesn’t have to live this way. He deserves better in life than to feel angry and lost everyday. He knows you love him, and only want what is best for him. I’m sure he trusts you more than any other person in his life.

Fortunately, at this time, he doesn’t show anger. So, I’m lucky there. He’s mostly confused with the disorganized thought. I hope that continues. I will take your advice about telling him your son’s experience with the mold.

Folks - there is no scientific evidence at all that these so-called healthcare people can remove toxins from the body better than your body already does this. Please read up a little on the science behind this before you fall for any of the many scams out there.

Here are some links: 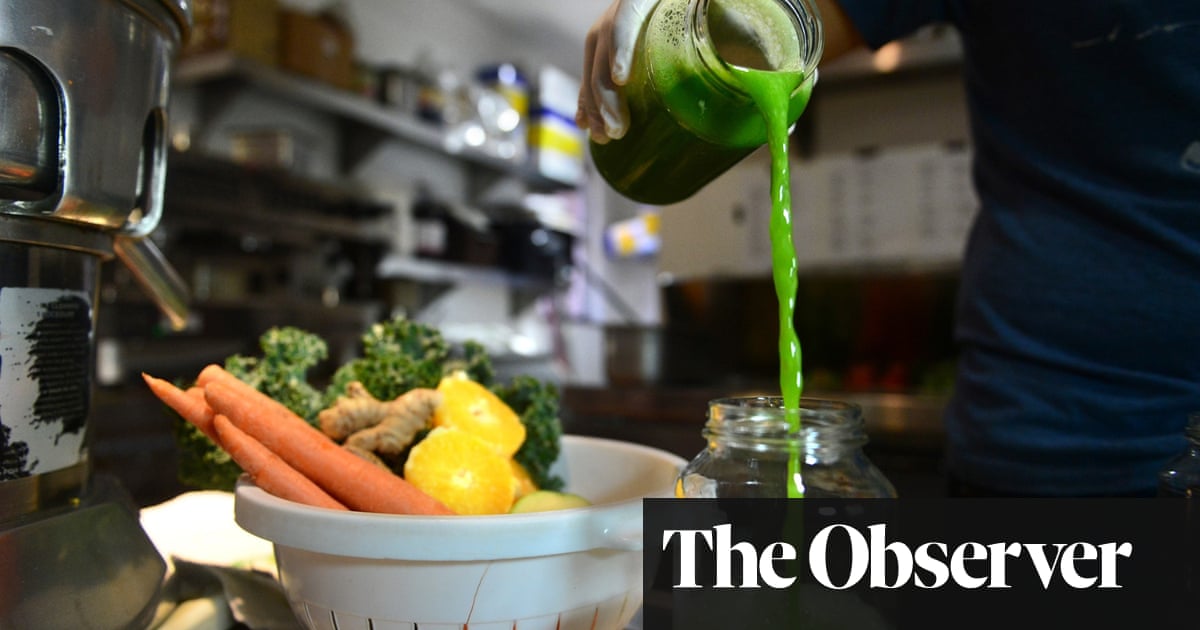 You can’t detox your body. It’s a myth. So how do you get healthy?

There’s no such thing as ‘detoxing’. In medical terms, it’s a nonsense. Diet and exercise is the only way to get healthy. But which of the latest fad regimes can really make a difference? We look at the facts

There is no scientific basis to support undergoing juice detoxification or colon cleanses, as trendy as they may be.