My husband thinks he's being followed & going to be murder soon.. Help!

I’m new here…and I don’t have any place to turn! It all started 2 months ago, he has noticed that his being follow everywhere he goes. People can be in the road walking and talking on the phone and he thinks they reporting him. We can be in a parking lot and some stranger talks on the phone and he thinks they reporting where he is. He says they tracking every movement so they can murder him. He realized he hasn’t done anything wrong to anyone and he can’t understand while people wants to murder him. He doesn’t hear any conversation from me or our children, his always looking around. We can’t go anywhere anymore cause everyone is a suspect to him. His still working, his a heavy equipment operator so when he works his all good, is when his going to work or coming home or going to our son’s football game. He had mention a song was dedicated to him and the song was about murder. He doesn’t eat or sleep, cause his concentrating was happening outside of the house. Yesterday morning he saw a new neighbor up the road and he had mention that she might be from Russia, so last night he had research Russia Mufia. Sometimes I get confused, I get paranoid, I question myself is he really being follow. We leave on a small town and everyone know each other, people can’t even get away with anything here. I feel like I’m going crazy, I cried all the time we been together for over 20 years with 3 sons, we had a great marriage, now I don’t want to get up in the morning, cause I don’t know what the day will bring. I told him to get help, but he had made it clear there is nothing wrong with him. Help!!!

Well If He Thinks He is Being Followed Call Tha Police … ,

If He Thinks He Is Going To Be Murdered Call Tha Police … ,

I’m here cause I’m looking for support. We live on a small island, and I know his not being follow by no one but he thinks he is!!! Example; he saw a beetle and he really thought that was a robot watching him. I had to show him that the beetle was real. A car parked by my house and the driver is in the car he thinks they there to watch him, he was paranoid I had to show him the car wasn’t for him, the guy was actually waiting for his girlfriends dad to leave, I have plenty examples, if I knew he really was in danger we would have call the police. Should i go to the police to say there is a robot beetle flying around, or a car parked by our house was ready to kill him or should I call the police in the parking lot when a old man probably was calling his wife!!! I was here cause I have research and he has all signs, not to be like what the f*** I’m here!! I’m scared to death my husband can’t come to life!!

Can you have him involuntarily admitted somewhere he can get evaluated? It sounds like he’s suffering from extreme paranoia, If you ever really feel unsafe I would recommend calling someone for help, whether it be from friends/family to the police. But I would seriously look into your states for involuntary commitment policies, perhaps even having him sit in the ER or something, or possibly even jail, where professionals can keep an eye on him so he doesn’t become a real danger. He may resist at first because he may not feel he is ill, but sometimes we have no choice in what happens. If it’s to safe lives, or prevent further harm I think it would be for the best.

your husband needs help from being admitted to a psychiatric ward. I wish you well.

Will you just relax and chill out , I have a pain in my eye from reading this stuff.

[quote=“Jkaaa, post:3, topic:34671”]
I’m here cause I’m looking for support.
[/quote]Best I can say is to be patient and offer him anything he requests. I’d strongly encourage him to get some sleep, then eat well the next day and just rest. Rest x Rest x Rest, then more sleep.

The only way I’ve ever managed to escape a genuinely delusional mind or emotion is by lying down & just relaxing into a sleep state. My psychosis started to happen a lot after rarely getting enough sleep. Some people need more than 8 hours, and I happen to do well on a 9 or 10 hour sleep shift. I still wake up frequenly, but I get right back in bed afterward.

Sleep, rest, good dieting. Beyond that, it is up to him to have him evaluated by a healthcare team. Don’t jump into any treatment plan until you feel educated enough & secure with his diagnosis, whatever it might be. It could be a simple state, no treatment required, but it could be something greater. Don’t get too amped up either way. Stay calm and don’t let things spiral out of control.

Um, you took all of my words out-of-context. Hopefully the OP reads them in full context and draws the correct conclusion.

You need to get him to a doctor. Hallucinations that begin very late in life are most times NOT schizophrenia. He could have a very very serious medical disorder.

It would fuckin suck to get him treated for schizophrenia and find out he has a brain tumor. Get him involuntarily committed, not even like maybe. Do it.

“It all started 2 months ago”

It’s not very common for men to become schizophrenic after 30. It’s generally from 16-24

I thought I was being followed and was going to be murdered. It was very uncomfortable for me.

I went to a doctor who specializes in mental health. He decided I had schizophrenia and put me on medication. Now, I am more comfortable.

Hey sleep, this really isn’t the place to argue about nomenclature. I understand that you are a unique individual. I’m not talking about you. I’m talking about a disease that is a general term used to describe an overall state eliciting hallucinations and delusions in the individual. Please stop looking so far into my words. I just do my best to try and help other people on here and if I offend anyone, it is unintentional. Or i’ve suddenly dropped into full psychosis, but I feel like that is less likely.

“Schizophrenia affects men and women equally. It occurs at similar rates in all ethnic groups around the world. Symptoms such as hallucinations and delusions usually start between ages 16 and 30. Men tend to experience symptoms a little earlier than women. Most of the time, people do not get schizophrenia after age 45. Schizophrenia rarely occurs in children, but awareness of childhood-onset schizophrenia is increasing.”

It is very important this man sees a doctor, whether he wants to or not.

“Psychosis is classically associated with schizophrenia disorders, and while there are other symptoms, schizophrenia is defined by psychosis.”

"These are the primary causes of psychotic symptoms, but psychosis can also be secondary to other disorders and diseases, including:

Brain tumor or cyst
Dementia (Alzheimer’s disease, for example)
Neurological illness, such as Parkinson’s disease and Huntington’s disease
HIV and other infections that may affect the brain
Some types of epilepsy
Stroke." 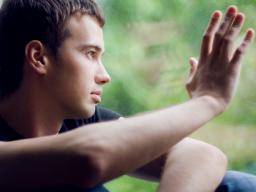 Psychosis refers to a loss of contact with reality. It is not a medical condition, but rather a symptom of several mental illnesses. During a psychotic episode, a person may experience hallucinations or delusions. Identifying these episodes when a...

If you can’t troll in the family section, where can you troll?

If you can’t troll in the family section, where can you troll?

It is preferred that those who are not family or caregivers avoid this section unless they have advice or support that is directly related to the OP. Family and caregivers already have their plates full without being trolled on top of it. Kind of hoping we can show them some inspiring examples of Sz recovery that are possible.

If you can’t troll in the family section

I was always under the impression that the family section was for family members who treat or live with schizophrenic’s as a place to come for either their own support or advice from those of us with the illness. Many probably have never researched the disorder and have no where to go for information. The family members/care-giver’s don’t necessarily understand what it is we go through with our illness, and when they reach some conclusions sometimes it may offend us but they just don’t understand and take their lack of knowledge seriously…but it isn’t intended to be.

I would like to think this is a helpful site for patients and caregivers so we can share our problems with each other rather than attack “Troll” one another for lack of understanding. If you have no intention on actually helping the person I can’t understand why you’d waste your time reading their post to begin with.

I was referring to Sleepoptimistic’s trolling and being sarcastic if you didn’t get that.

If you did get that: I agree. I don’t see the point in coming in here if you’re not genuinely wanting to help someone else.

I’m sorry your husband is going through this…

www.nami.org (has a lot of general information on this illness)

http://www.schizophrenia.com/sznews/archives/005561.html#
(first aid for someone in psychosis)

http://schizophrenia.com/
(all sorts of other information and ideas and resources)

Good luck and I’m sorry your family has to go through this.

. I told him to get help, but he had made it clear there is nothing wrong with him. Help!!!

Get him to one of these centers for an evaluation as quickly as you can.